As mentioned in my last blog post, while I watched an otter consume a duck, a northern harrier came gliding down the canal and dropped down on a small bird in the vegetation on the side of the canal just 10 feet from the otter!

harrier attempts to subdue small bird now in its talons 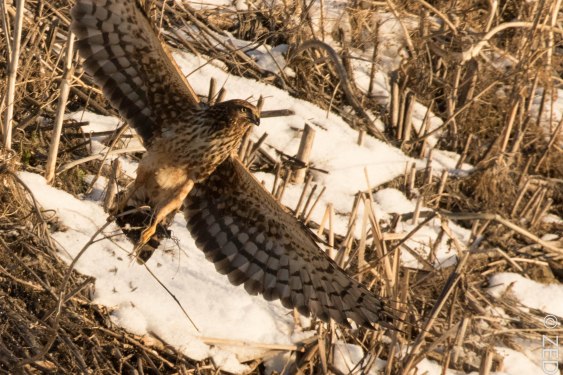 not quite – the struggle continues down on the ice 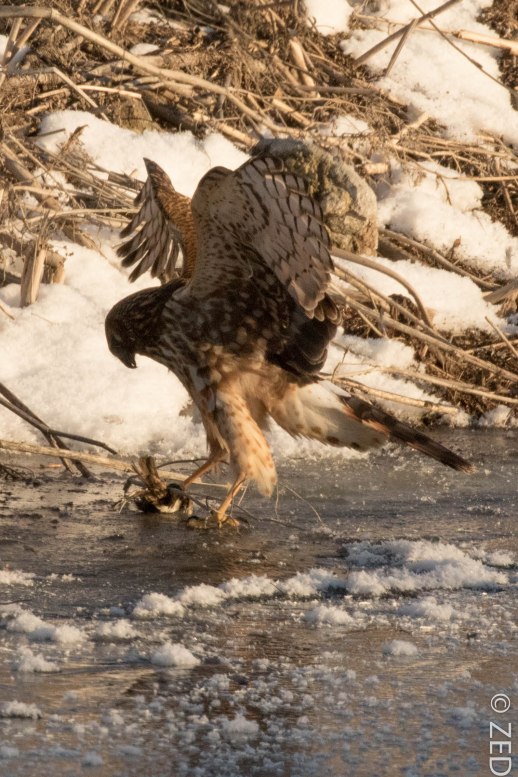 the harrier wins this contest

The whole time I’m shooting this scene the otter is just eating (and occasionally napping) away just 10 feet to the right. It was just ridiculous the amount of activity happening at this particular location.

One thing I noted while driving was that small birds were flying very close in front of my vehicle. I actually struck one of them, sadly. I’m wondering if their reaction time is slowed by the cold weather and if that gives an advantage to predators (who are primarily using gravity to drop down on their prey). Interesting to hear if anyone else has experience with this.

This entry was posted on January 7, 2016 by feralzach. It was filed under Uncategorized and was tagged with attack, bird of prey, california, canon, Circus cyaneus, hunt, Klamath Basin, Lower Klamath National Wildlife Refuge, Northern harrier, raptor.