another adventure at the lagoon 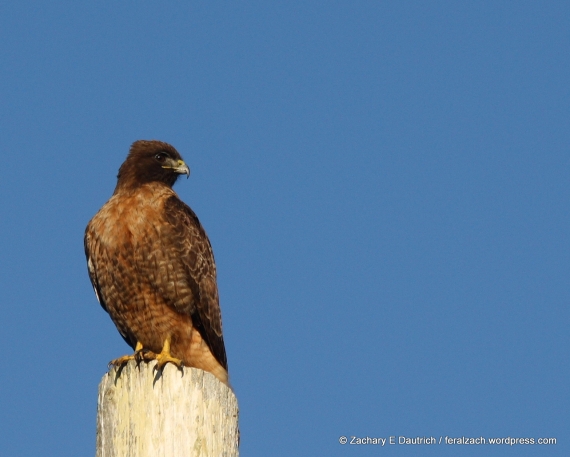 Sunday was a warm and clear day on the coast, strange weather for January – it felt like summer (well, summer anywhere besides the coast and the Bay area). We started the day by witnessing some interesting behavior by a couple of deer that caught our attention. The deer, which appeared to be doe and a yearling (nearly the same size), were standing with heads raised and their focus on something in the chaparral to the north of us. The yearling took off trotting, then bounding, right towards the path we were on, seemingly unconcerned with our presence. It then stopped and turned around, bounding back to its mother. The two of them then started a slow walk in the direction of the threat, with the mother in the lead. Shifting our position back down the trail, we were able to see what was causing the concern … 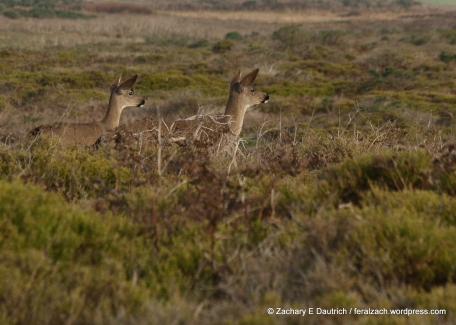 I was only able to catch the tail-end of the bobcat as he disappeared into a coyote bush (for the moment now a bobcat bush) – a large male that uses this particular territory who’ve we’ve tracked and seen around here before. Although I think it’s rare for bobcats to take down full grown deer in this area, fawns are fair game. This particular young one is probably big enough to be safe, but given the respect that the deer on this day showed towards him, and on another occasion when I witnessed his presence disturb them, I’d say he is still viewed as a threat. He seems to be a large bobcat based on his tracks and scat.

The most interesting part of this whole interaction was when the deer started to FOLLOW the bobcat – the doe literally walked right to where the cat had disappeared, and she seemed to be chasing HIM out of the area! Good stuff.

On the way in to the lagoons, I spotted an American bittern in a small pond along the pathway – I’ve seen one on the far shores of the larger lagoon, but never one so out in the open here. It was shaping up to be another good day, with lots of live animal sightings. Later in the day on the return trip it was still there and posed for some pictures in the beautiful light. 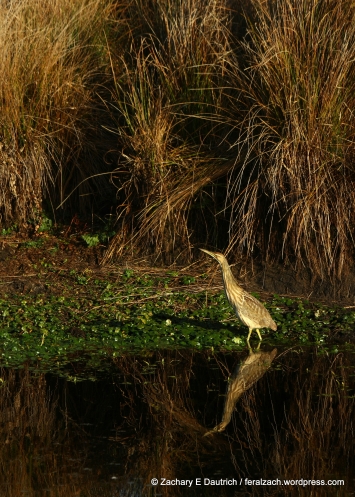 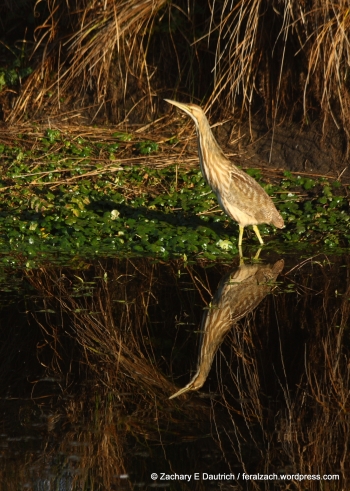 As we approached the lagoon, a resident great-blue heron was hunting in the shallows. 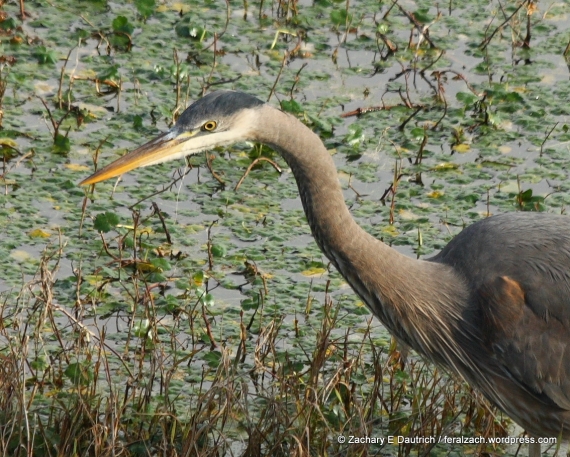 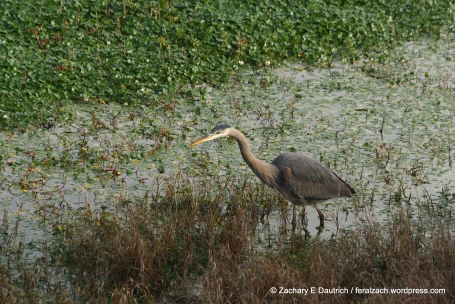 There were quite a few sets of trails and tracks on the dunes, but the striped skunks were most prevalent. This is their mating season, during which they really seem to be wandering around outside of their normal areas with higher frequency – sadly it is also marked by the large number of road kill skunks at this time of year. Notably absent was the female bobcat that usually patrols this area. It is also breeding season for the cats, so her daily patterns are likely interrupted by the breeding impulse. I also spotted at least one golden eagle soaring above the hills, only the second time I’ve seen one in this particular area. Along with a ferruginous hawk sighting (a somewhat rare winter visitor in this area) and the great view of an intermediate morph red-tailed hawk, we had some great raptor and other bird sightings. During the day at various times the family of otters was visible on the upper lagoon, but I never really was close enough for any pictures. Just their presence is a joy, watching them even from afar is so fun. 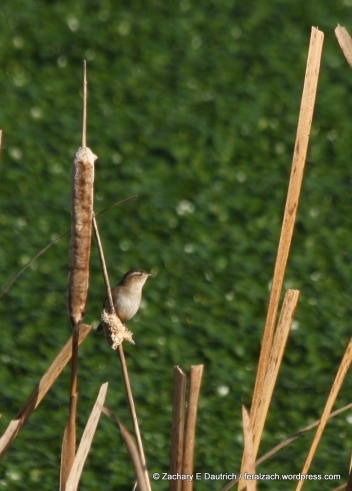 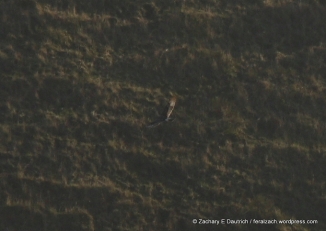 As we were resting by the lagoon, a pie-billed grebe made it’s way out of the shallows by the cattails with quite a prize – after straining to identify what it was, we realized it was a small bass! The grebe paddled around with the fish in its beak for at least five minutes, occasionally shaking it and twice losing it in the water, but diving down and quickly recapturing it. Finally, after almost ten minutes, it downed the fish whole!! 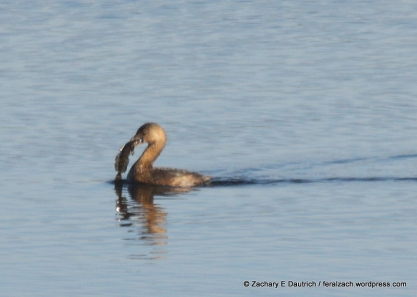 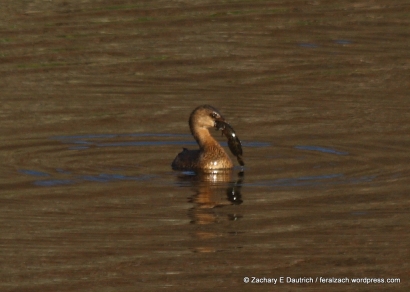 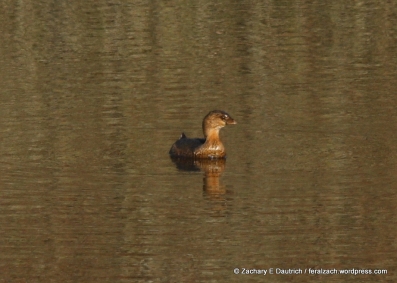 Another great day out there, I’m so thankful for that place and to be able to wander in it. Thanks also to Richard Vacha and everyone who participated in this Marin Tracking Club excursion for making it a fun and educational day.