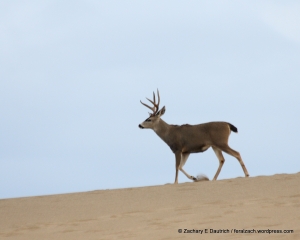 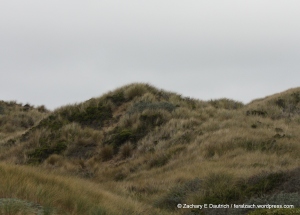 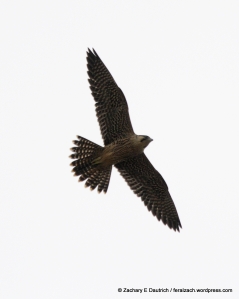 After finding myself in Walnut Creek with some hours of free daylight last week, I opted to wander a bit around a city park when I found out that some river otters from the Sacramento River had been frequenting two of the ponds there.  I typically would have sought more calm and quiet at nearby Mount Diablo, but I had to brave the people to investigate. What is absolutely fascinating about this is the fact that the river is probably six miles away! How did they get here? Otters can travel long distances over land, but much of the land between the river and the ponds is densely developed by humans. There is however an irrigation canal (which occasionally runs through some riparian zones, but is generally just a concrete canal) that connects the two areas, but it’s a long swim.

My efforts paid off almost immediately. It was as if my coming was announced – upon walking up to a break in the tule reeds at the edge of the pond, I saw a form break the surface of the water with a backdrop of the setting sun. It was an otter! We checked each other out for a minute or so, then we continued on our ways after our formal hello. Photographs were prohibited by the lighting, and just seemed inappropriate at the time – though I did take one through the tules after our greeting ended. Any interaction with an otter always leaves me with a big smile on my face – they seem to have fun in every moment.

I thought it was an odd comment when, in an effort to learn more about the otters, I struck up a conversation with a local woman who reported her friend had seen a beaver here. I’ve learned to expect the unexpected when it comes to mother nature, but a beaver in that pond would have been like a mountain lion in downtown Berkeley. Oh wait, that happened! Regardless, it seems highly improbable.

After circling around the pond looking for otters and otter sign, I was initially duped when I saw another head pop out of the water – it wasn’t an otter. Was it the mysterious city pond beaver?! No – but it was a very busy muskrat! It was doing laps across the pond, and at one point it popped up onto the surface of the water right in front of me, conveniently when my vantage point allowed for full use of the ideal lighting for a picture. Perhaps it was looking for some of the spotlight since the otters were getting so much attention – muskrat public relations. Being close enough to see its tail undulate behind it for locomotion is fun to watch – it is its main source of propulsion which is uses with some help from its semi-webbed rear feet. The tail evolved to be flattened in the vertical direction and covered with scales, which makes it ideal for this use.

So what would cause otters to move down this way into an urban environment? And stay? A search for new territories is likely. More and more otters are being spotted around the Bay Area, so their range is expanding. Just a few weeks ago it was reported that a river otter had taken up residence in the Sutro Baths in San Francisco! And since they stock the one pond here with fish, I imagine the otters are hesitant to leave with such an easy food source available. There is an island in the northern pond that is inaccessible by people, and though it’s not big, it is probably just enough space so they don’t feel threatened.

Despite there being at least three otters at times reported living there, I have a feeling there are a lot of “otter” and “beaver” sighting there that are actually muskrat – an easy mistake for the untrained eye. I’m just happy people are taking time to appreciate these amazing creatures and engage their own curiosity and wonder in a way that is respectful to the animals, land and other users of the shared space. 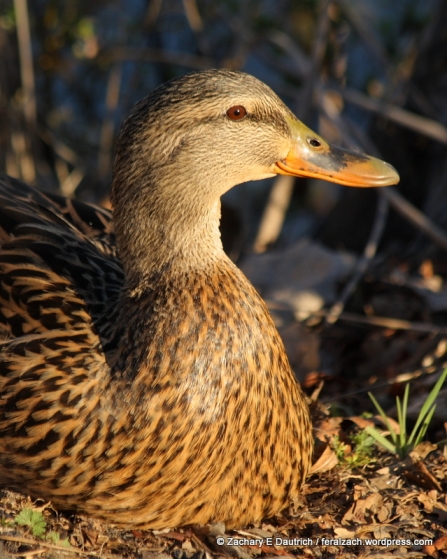