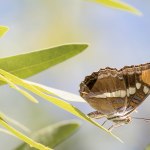 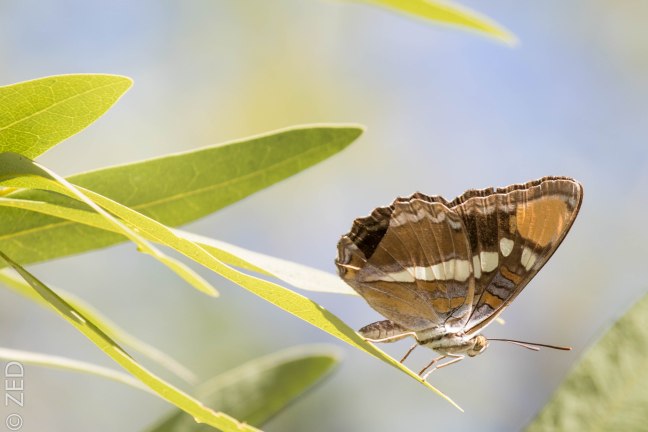 These four flew into the tree above me and huddled together in the shade, taking refuge from the hot afternoon sun together. It was pretty adorable.

No, I didn’t find El Chupacabra – THE Goatsucker.

However, my visit to Briones Regional Park a couple of days ago (see here for the blog entry) reminded me of my last visit a couple of months ago during which I saw a Goatsucker at close range and after dark.

And it makes perfect sense, because after darkness falls is when they come out.

I was walking back to my jeep well after dark on a moonless night, with no light, on a trail that wound back and forth over some open grazing land on the edge of a forest of oaks and bay laurel trees, descending sharply at times on its way back to the parking area. My eyes were adjusted well enough to see the outline of the trail before me, but other than the stars in the sky and some distant city lights, that was the extent of my vision. But the lack of sight, often our primary sense as we move through the world, necessitates that the other senses step it up a notch. Sounds, and the changing feel of cool moist air or warmer drier air on my skin help determine the terrain around me, and an internal “feeling” of the landscape, or inner vision, takes over. It’s a magical time to be out. And this particular night did not disappoint.

Suddenly a small fluttery form came towards my head in the night, and for a moment I thought it was a bat. But as my eyes focused on it, I saw that it circled quickly around me then flew down to the ground to become “invisible” on the path in front of me. It wasn’t a bat. I paused and stood completely still, using peripheral vision to sense movement if it flew up again as I grasped in my pocket for a small LED flashlight. Again after a few seconds, I saw the small form flutter up just a foot from my head then back down to a spot on the trail.

I turned my light on and shielded the lens so the light wouldn’t scare the creature, and it was then that I realized it was a Goatsucker! 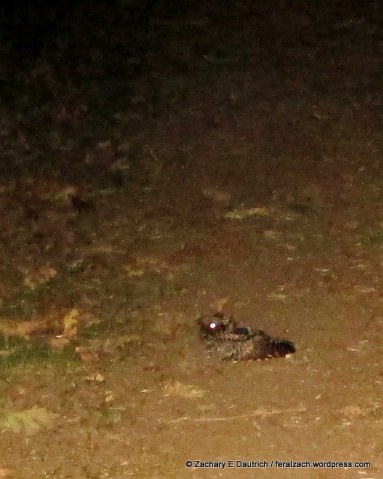 The Goatsuckers, or Caprimulgidae Family of birds, are composed of birds also know as nighthawks and nightjars. On the East Coast one of these birds is called the whip-poor-will, and it makes a unique sound that is often heard after dark in wooded areas where they live. But they are very seldom seen because they are nocturnal and extremely well camouflaged. Here on the West Coast we primarily have a close relative of the whip-poor-will (once considered the same species), called the common poorwill. These nocturnal birds are a strange-looking group, and their camouflage is absolutely amazing.

My pictures aren’t so clear, my point and shoot camera – the first thing I grabbed – had some trouble focusing on such a small target in almost complete darkness. Do a web search for images of the common poorwill and one can see clearer pictures showing how unique in appearance they are. 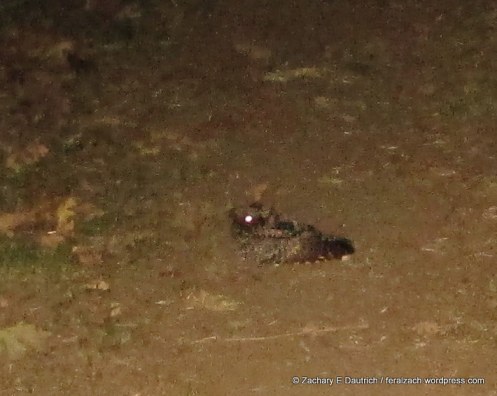 Interestingly, this bird is observed to be the only known bird that “hibernates”  – or more accurately, goes into a torpor – slowing its metabolism and reducing its body temperature as if in a deep sleep during some of the winter months. According to some online resources, the Hopi called this little bird “The Sleeping One” in their language.

I was able to watch this little creature continue hunting small insects for about five minutes in the area around me. It was a continuous cycle of lifting off from the ground, where it lay motionless and virtually undetectable, to flitting up in the air about 6 feet off the ground to capture insects, quickly descending back to a new landing point nearby. Slowly it hopped this way and that, repeating the process over and over, until finally I lost sight of it.

A great ending to my wanders that day. 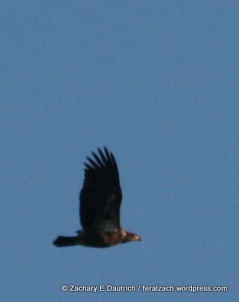