I went on an impromtu west Sonoma County raptor tour (and a bit of Marin Co as well) with a fellow raptor enthusiast on Thursday. This unusually warm weather seems to have dispersed the birds so they aren’t packed as densely in their usual winter spots. But we still had some nice encounters on this day, and if the birds weren’t out in force, surely the sun was with temps in the 60’s … 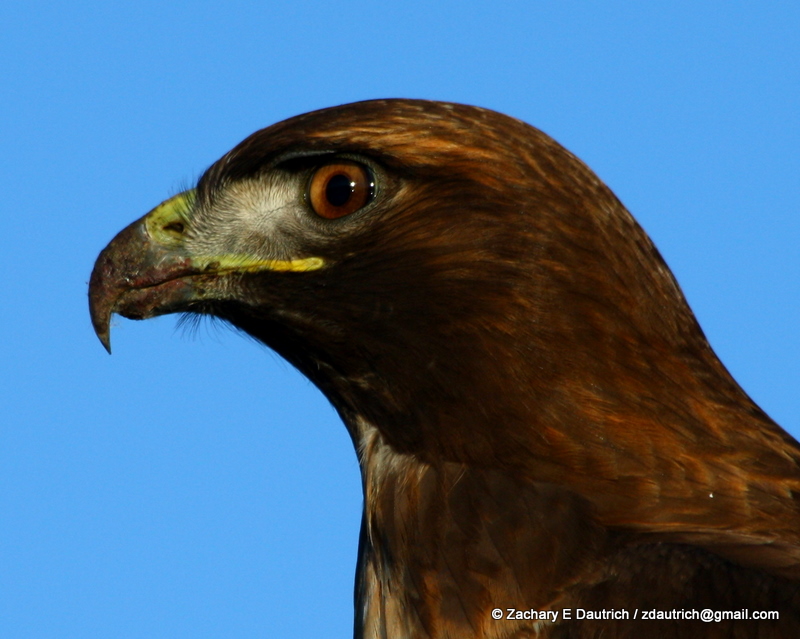 This red-tail was perched on a fence post right by the road, enjoying the setting sun, when she obliged us by modeling for a few close-up pics. There were large numbers of red-tailed hawks and red-shouldered hawks today, as well as kestrels, but the FEHA’s were hiding from us as were the eagles. The weather has even the birds confused, with many of the red-tails soaring in pairs high above in the blue sky, doing their aerial dances and courtship rituals ahead of schedule. Any clutches laid this early in the year in nests could be at risk if the winter rains eventually do come.

After a while, she did give us a bit of a stare when she felt it was time for us to move along … 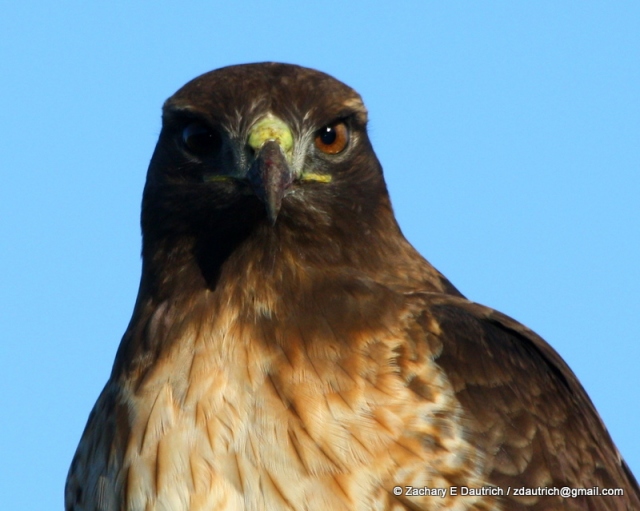 This entry was posted on January 15, 2012 by feralzach. It was filed under Uncategorized .