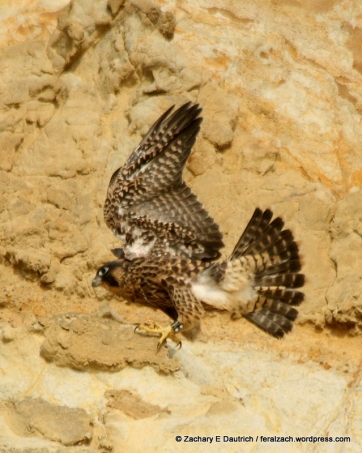 All across the Bay area baby birds are taking flight, and many of the peregrine falcon nests in the region are already empty. Last week, the three peregrine falcon nestlings that are in a cliff side nest a few hours north of San Francisco were practicing their flapping when we stopped by. Tightly gripping the left-over sticks from the old raven nest that makes up their eyrie high on the cliff, they they pumped their wings as if ready to fly into the sun. 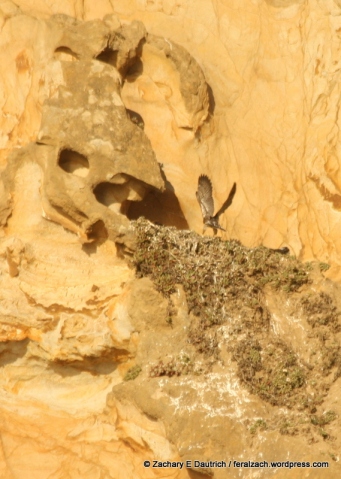 I always find it to be such a profound metaphor of our own developmental processes in life. In what ways are we flapping our wings but still clinging to the nest, afraid to let go and fly? To use our wings for their true purpose, to allow us to fly in whatever way is appropriate for the unique feathers that we each wear?

The winds were blowing hard, as they often do in that area by the ocean, but the fog was attending to its business far out at sea so we were treated to a rare sunset right into the waters as we sat with the birds and the thousands of small sand hoppers that had erupted to take over the tidal zone of the beach. 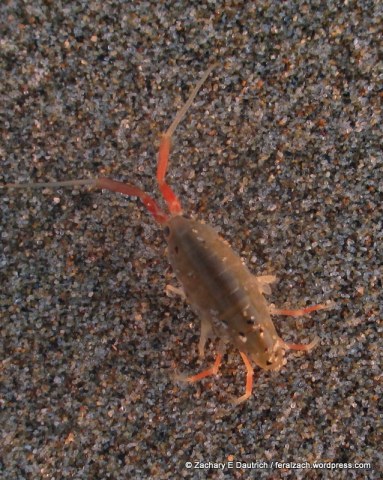 Saturday when I stopped by, one of them had fledged. I learned later that it was the male (based on his bands, the birds had been banded earlier to help track them – there is one male and two females). He had positioned himself on a nearby ridge to the north, but when the female brought food into the nest, he had a strong incentive to battle the high winds and make his way back. It’s an endearing sight to see the perseverance of this little being who is still trying to figure out how to work his own body, and I find myself cheering him on as he awkwardly makes the short journey in little flights and hops from one ridge to the next, then up the cliff face. It’s comical at times, because they are like toddlers learning to walk – and with the strong winds, it made the effort that much more challenging. 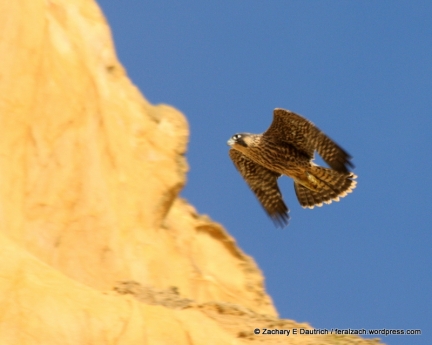 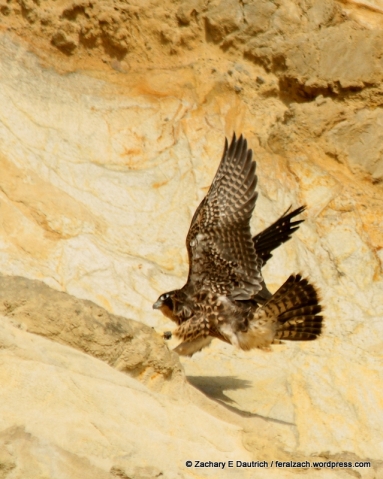 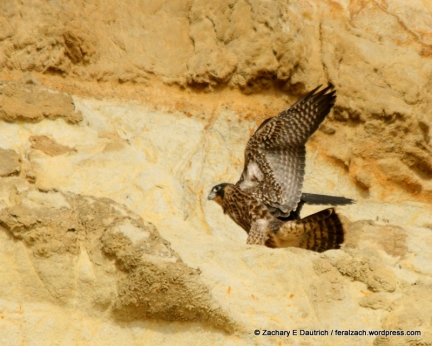 After a few stops and breaks, he finally made one last noble attempt, leaving the safety of the cliff side and doing a few circles in the air to gain some altitude to get into the nest for his final meal of the day. Just before he took off though, he seemed to gather himself in a dignified manner and assume a regal pose just before he leaped. Again, I was struck by the analogy to moments in our own lives, when we gather ourselves closely around that light inside us and recognize having the strength, courage, and belief in ourselves to make that leap. I was grateful to bear witness and share that moment with him. 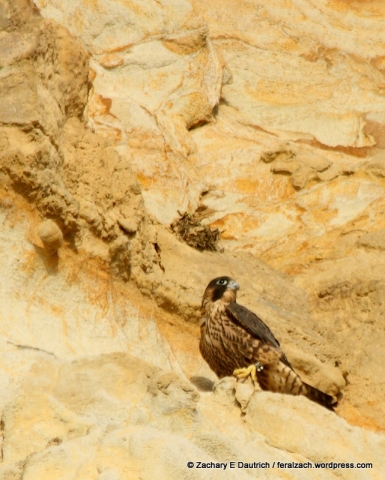 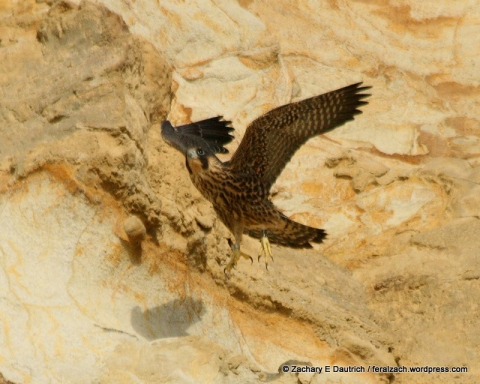 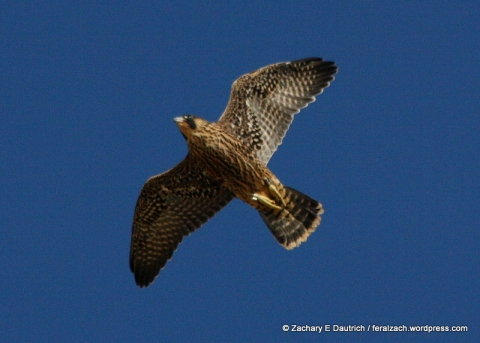 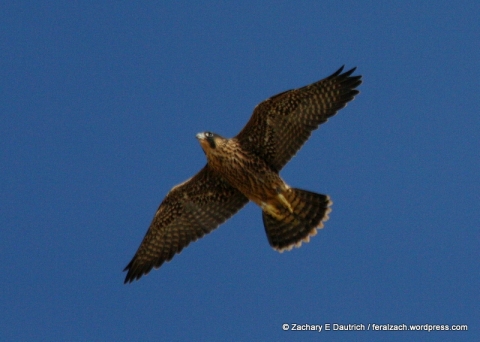 One of the adults, it looked like the female, came into the scrape to join them for dinner as I was leaving for the evening. 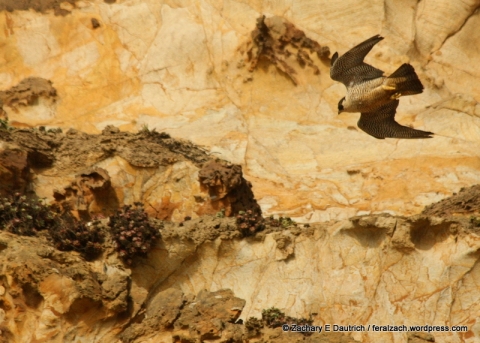 It’s quite a privilege and a gift to get to witness this, and to photograph it and share it is an honor.