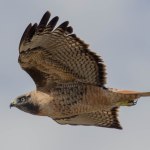 beautiful day up on hawk hill, filled with friends, hazy blue skies, and a good number of migrating birds and butterflies.

as i arrived there we had a great look at a merlin that flew not too far overhead (a merlin is a type of small falcon, larger than a kestrel but smaller than a peregrine falcon) – it appeared to be a juvenile. they are fairly uncommon here in the bay area, but they pass through during migration time from their breeding grounds to the north – and in the time of short days we get a boost in the population as some choose to spend the winter here.

the humans congregated on top of the hill with their scopes and binos, calling out every moving bird within a couple of miles. it’s a rather bizarre experience, to see all these people perched on the high hill for hours at a time every day for three months of the year, but wonderful that so many committed volunteers take their time to do this. as everyone was focused afar, two resident ravens, a male and female pair, landed very close by to watch the watchers. 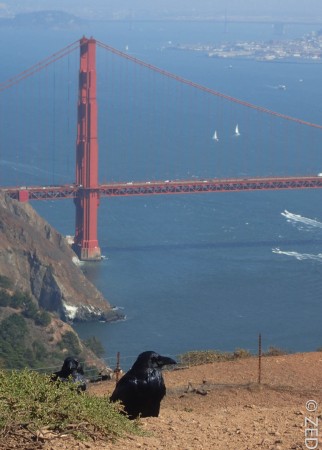 we chuckled as we realized that i was watching the birds, who were watching the other people, who were watching the other birds! these two hung around for quite a while, intrigued by the activity of the people (and likely looking for some dropped food as well). occasionally they would come very close to each other, making quiet croaking noises as one of them would groom the other’s face area. it was so endearing. and at such close quarters, in the bright sun, i could really see the intelligence in their eyes. amazing, beautiful animals. 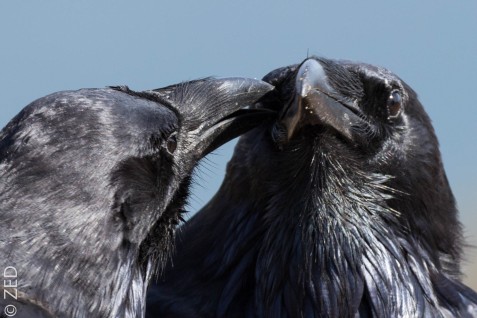 RAVENS grooming – or perhaps a literal “peck on the cheek?” 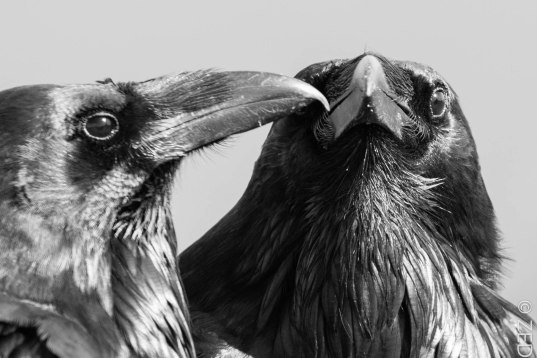 we saw a lot of accipiters today, as expected, but were also treated to a number of ferruginous hawks, several merlins, and some late-in-the-day peregrines. after most people had packed up for the day and i was leaving the hill, a red-tail floated overhead to hunt the area and allowed for some really fun pictures … 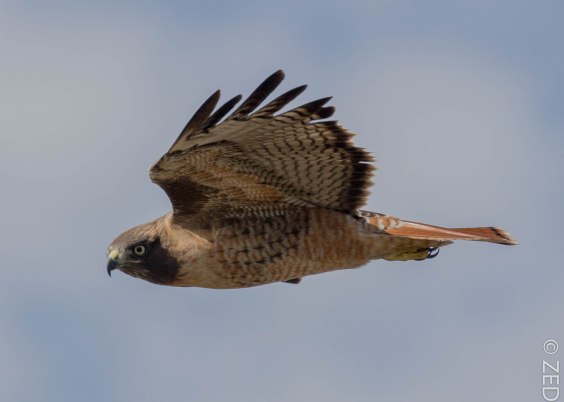 the colors on this bird are amazing, and for an adult it has a very light eye (iris). so beautiful. thank you, my good friend!

as always happens when one packs up to leave, birds start showing themselves and tempting you to stay. as i started down the trail, one last juvenile northern harrier tried to keep me on the hill. 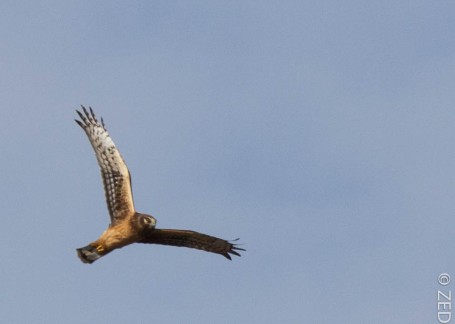