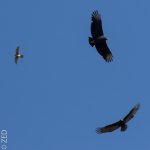 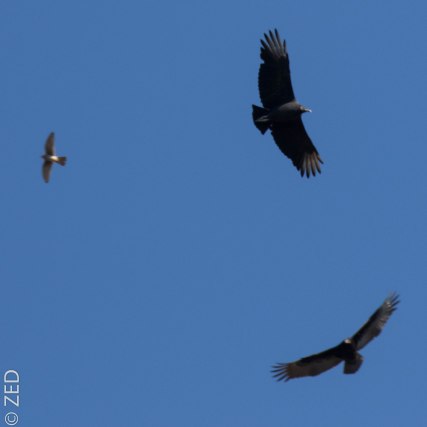 Black vultures are a rare visitor here on the West Coast, more typically found in the American Southeast and South, and in Mexico. We are in the middle of the migration right now, so you never know what might show up. Though this bird must have taken a wrong turn around Tennessee. We spotted it in a small kettle that had a couple turkey vultures and an American kestrel (small falcon).

Research at this time indicates that this type of vulture finds its food by site (similar to many African vultures), as opposed to the turkey vulture, more common here in CA, which uses its sense of smell to find food. Though they are both considered vultures with dark bodies and bald heads, but you can see that the black vulture has a distinctive wing shape and short tail, combined with a dark head and dark flight feathers that make it easy to differentiate from a turkey vulture. Turkey vultures also have a silvery hue to the underside of their flight feathers, the adults have red heads, and they have slightly different flight styles as well. Very different builds on these birds, and it’s reflected in the way they soar and fly (turkey vulture has a slight “v” when it flies as viewed from head-on, and it tends to rock back and forth more – a less steady looking soar). Often it’s easiest to ID a bird at a distance based on a sillhouette and how it flies. 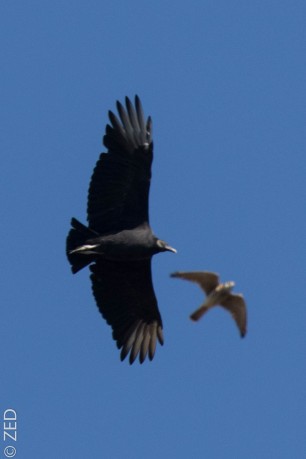 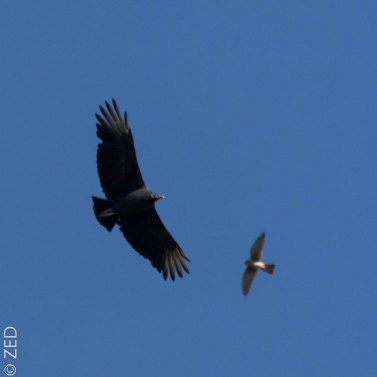 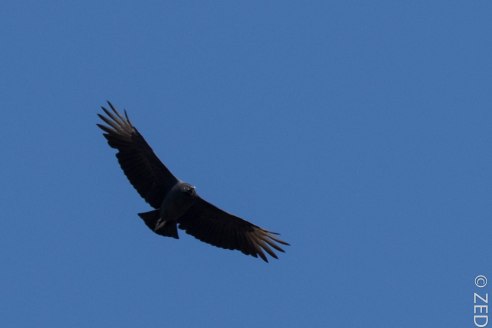