20150629 venus and jupiter conjuction one day away

venus and jupiter are now one day away from appearing less than 1 degree apart in the sky looking to the west just after sunset (occurs on tuesday june 30th) – and wednesday is a full moon. tonight just to the right of the moon, just above scorpio (to the south after dusk) is saturn as well. the bright star antares (17th brightest in the sky), part of the scorpio constellation, glows red compared to the other stars – which helps locate the constellation (almost due south after sunset). tomorrow night (june 30) saturn will remain above scorpio but well right of the moon.

the owls were moving around early tonight and very active, and their eyes seem to shine with vigor in the dim evening light. a coyote popped it’s head up on the other side of a young bull this evening, thinking it was unseen, sending the young bull in a run right towards and past me (which was a little intense). a few moments later the coyote’s head popped up again to look at me, as if it was checking in to see how its joke worked out. 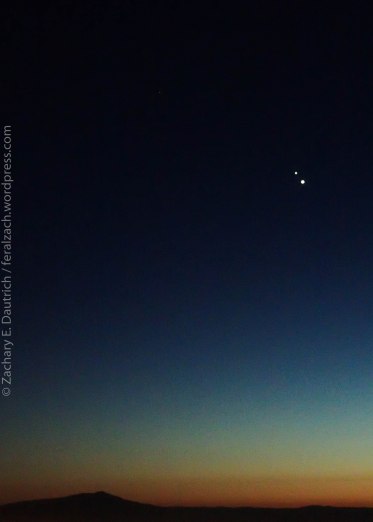 Right to Left:  Mount Tamalpais, Jupiter, and Venus (and a faint Regulus to the left)

a moon and two planets

the night sky after dusk on this hot day revealed our Earth’s Moon waxing at first quarter, with Saturn and Mars to the lower right of it. the constellation of Scorpio is just under the Moon, with the “left arm” of the scorpion reaching up to the moon, and Antares, the bright red star in that constellation, shining brightly to the lower left of the Moon. 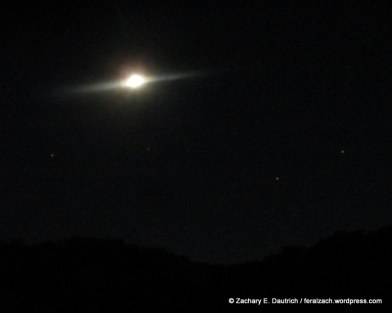 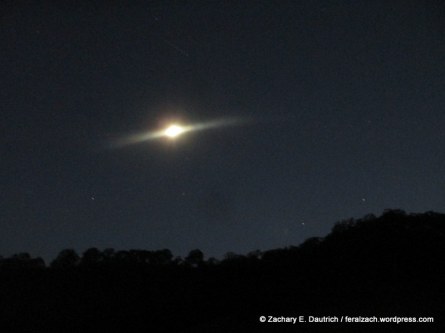 Antares is a supergiant star, and said to be 883 times the radius of our sun! 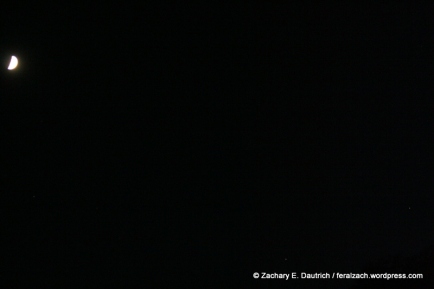