This evening I debated about doing my almost daily walk/wander/hike in the hills. I was feeling kind of lazy. It was a warm and clear day, and despite being thankful for all the rain of late, I was happy for some sun after almost 10 consecutive days of rain. The light was sublime out there, and I was content to just stay at home as it illuminated my house with golden yellow light warmed by a slight orange hue. I started doing some mundane tasks, and I randomly started watching a classic movie in the background, Indiana Jones and the Raiders of the Lost Ark. Great flick. It was right at the part of the movie when he enters the map chamber and the sun shines through the amulet on top of the staff illuminating the location of the holy grail.

Soon I noticed that the sun was setting outside, and the rays were coming through my window reminding me it was soon time to go walk if that was to be.

After a bit, I walked outside to watch the sunset from my backyard in the warm, still, March air. As I looked West, towards Mount Tam, I realized that the sun was setting almost perfectly behind the peak. But just to the left.

Then I thought, wow – I wonder if the sun will set exactly behind the peak on the vernal equinox, March 21st (four days from now)? Suddenly, I remembered the petroglyphs on the chlorite schist rock just 20 feet from me in my yard (that I blogged about over two years ago) …

Could they be related?

My mind continued on a virtual wander, as the sun illuminated the sky behind the Sacred Mountain across the Bay from me. What if the other petroglyphs-  similar to what are in my yard, but just to the south in Canyon Trail Park – lined up with another celestial event? Perhaps the summer solstice? And what if I searched to the north, along a north/south line from my current position – would I find more rocks with similar markings that aligned that position with Mt Tam and the winter solstice? Do they exist, or did they (it’s totally possible that they have already been destroyed or covered over by development – so proof could be hard to find)?

Maybe watching Indiana Jones had me fantasizing too much. But, what if?

As I looked at the rock with the petroglyphs, I realized that with some level of imagination the rocks actually looked like the silhouette of Mt Tam! Maybe that part is a stretch of the imagination, yes. But, the equinox alignment, at a minimum, seems too obvious to discount as coincidence. But why this rock? Why here, where there are higher elevation points that would seem to my modern mind more “appropriate” as a place for something like this? Perhaps the topology or plant cover at the time they were carved might have yielded more obvious clues about that.

Regardless, I think Dr. Jones would be proud.

As I watched the light fading behind the Mountain, standing by the Rock, I looked up. Above the Rock that has a half-moon carved into it, and over the juniper tree beneath which it lies  – there was the half-moon shining through. Magical! 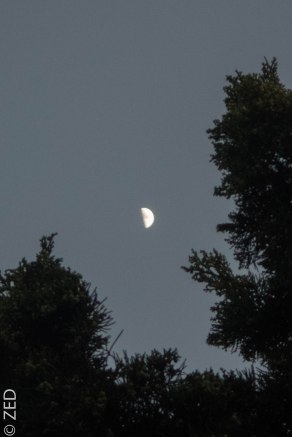 Tracking is not just about animal track and sign. Tracking is a 24/7 part of our existence, something we all do to one degree or another in almost every aspect of our lives – but each of us with different levels of consciousness around it. We can track animals, water, stars, moods, stock markets, traffic patterns – everything, really. It is about awareness. Practicing awareness. Taking a moment to observe, instead of always “doing.”

To finish the evening, I stopped at a restaurant called Jupiter and sat down in the courtyard by the fire. As I looked up into the sky in that courtyard, above the hanging sculpture of Jupiter, there shined a bright thing in the sky … the actual planet Jupiter!! Aha!!! Good stuff. 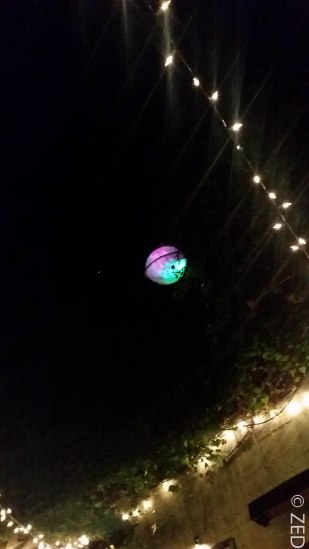 I asked the server if she realized that Jupiter was shining above their Jupiter sculpture above us – she did not, and really didn’t seem all that impressed to know. She was tracking other things I guess.

The adventure and questions go on, hopefully more to come on this …

This entry was posted on March 16, 2016 by feralzach. It was filed under Uncategorized and was tagged with california, contra costa county, PCN, petroglyphs, vernal equinox.