this coyote was either jumped out of a resting spot by the lakes or it was hunting along the banks. we saw several flushes of water fowl on the lake while we were there, one of which put 1000’s of white-fronted geese off the water and into the skies in numbers that were impressive to behold. that flush was likely not the coyote, but an aerial predator like a bald eagle or a peregrine falcon. the coyote flushed a smaller number of birds close to shore, then, once the coyote came close to us, it started to lope at a fast pace – occasionally looking back at us as if to say “I’m not scared of you, this is my place.” they can move with such grace and speed, effortlessly its seems. 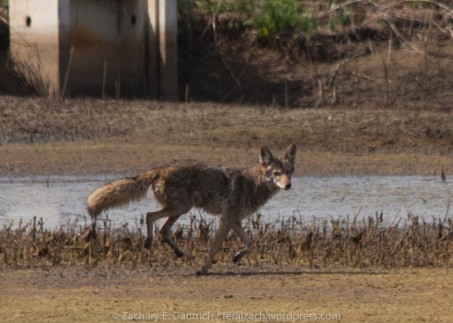 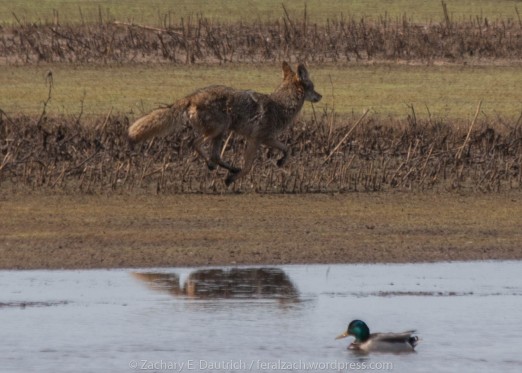 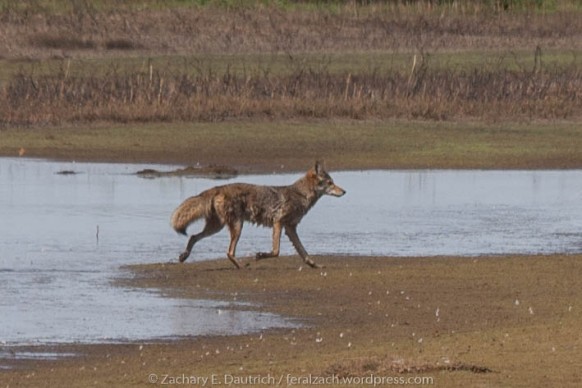 after it crossed the pond in front of us onto our side of the shoreline, it stopped to mark (urinate) while staring at us – then bounded into some high grass. quite a treat to see, and this one had some real attitude.

This entry was posted on April 1, 2015 by feralzach. It was filed under Uncategorized and was tagged with ca, Canis latrans, coyote, sacramento county, western coyote.