On a recent trip to the East Coast, I was lucky enough to get to see a very rare visitor to the contiguous United States – snowy owls!! I was able to see at least two different snowy owls that have apparently decided to overwinter in Lancaster County, PA (see this article), along with many others that have settled in for the winter in many mid-Atlantic States. Definitely a first for me! And what a sight. 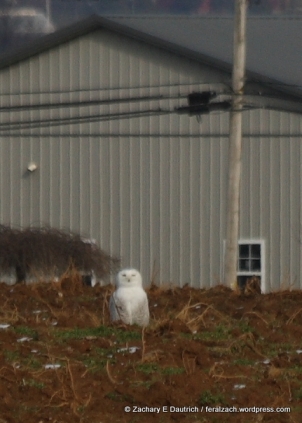 Evidently there is a large population of the owls right now, and many have made their way further south this year than usual as part of what is termed an “irruption.” Typically found in the Arctic regions, these birds tend to like large open expanses that are similar to what is found there – like farmers’ fields and airports (the latter being not an ideal arrangement for any of the parties involved). 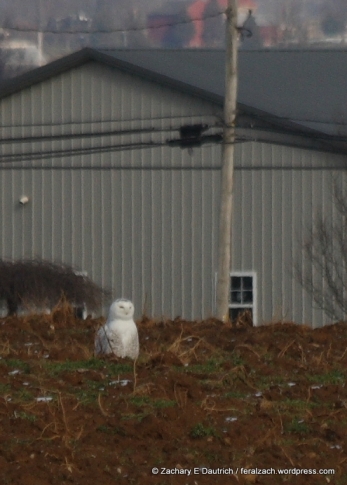 These birds I saw were in some farmers’ fields in the heart of Amish Country. The one pictured above was resting in the field right on the ground, it’s head swiveling from side-to-side every few seconds as it scanned for danger in it’s resting state. Eventually it started to wake up, at which time it played with a stick that was next to it and eventually flew up onto a fence post. I wasn’t as close as I had hoped to be, but it was still magical to see them in this environment – 2 foot tall owls (!!) that are almost completely white. Surreal – especially so with Amish horse and buggies driving by as I stood on the roadside watching. 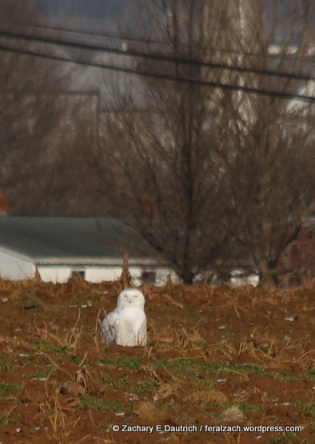 There was another individual a couple of miles south in similar terrain, this owl was really sleeping deeply, and based on its dark, heavy barring it looked to be a juvenile. 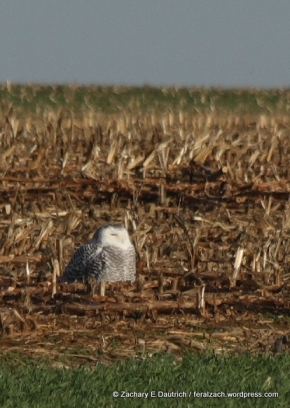 As if all that weren’t enough, literally almost across the street from the first owl that I spotted there was a rough-legged hawk – another rare sighting of a bird that typically makes its home in the Arctic during the summer months but is sometimes spotted this far south in the wintertime. One of my favorite birds to see, their plumage as a species is quite varied but often has beautiful browns, tans, and black feathers highlighted by crisp white patches. They are similar to red-tailed hawks but slightly smaller. 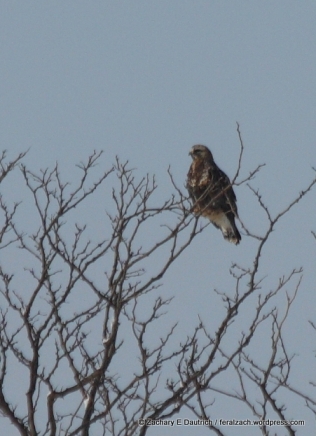 I was really thankful to have gotten to see these owls!

Check out this link to a movie that someone took of two peregrine falcons diving at owls at the beach in Stone Harbor, NJ (one of my favorite places to be) – again, surreal!! Now that’s some Jersey Shore drama that I can watch.

Special thanks to my parents for their support in my multi-day snowy owl search!

This entry was posted on January 12, 2014 by feralzach. It was filed under Uncategorized and was tagged with Bubo scandiacus, Buteo lagopus, Lancaster County, PA, Pennsylvania, rough-legged hawk, snowy owls.