… in this odder month.

A few coyotes too on this beautiful day on the coast with sunshine and little wind with highs in the 60’s. 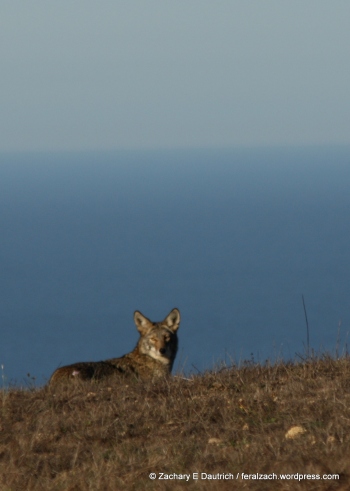 coyote and the Pacific

This otter, one of the five “regulars” at the lagoon, was chowing on a large bass. A few of them caught some large bass as a small number of wary coots looked on from the edge of the water (they are also on the menu). Usually we just see their sign on the banks, but lately I’ve been getting a show. 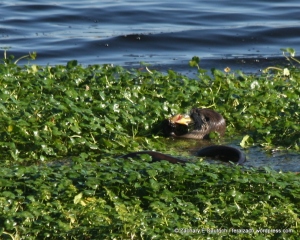 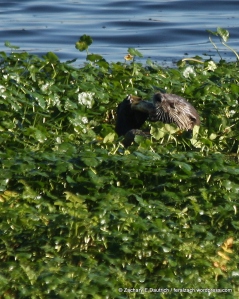 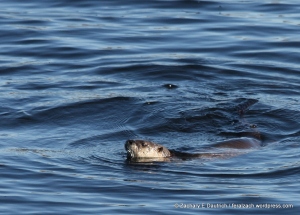 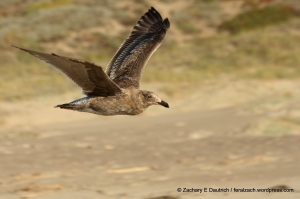 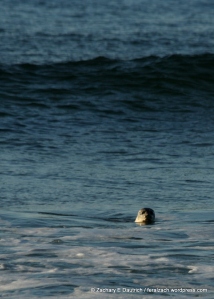 harbor seal in the surf

I spotted a raft of sea lions heading south in the water at a fast clip – they were taking turns breaching a few hundred yards off shore, often totally coming out of the water. It seemed they were feeding, as opposed to avoiding a large shark (also a possibility, as this area is in the “red triangle” aka great-white shark breeding grounds). 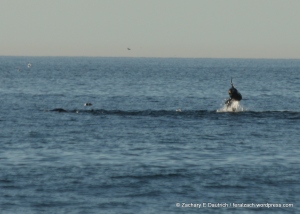 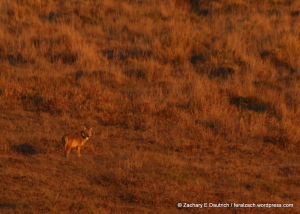 This entry was posted on November 25, 2013 by feralzach. It was filed under Uncategorized and was tagged with coyote, gull, harbor seal, north american river otter, sea lion.