I spent Sunday morning with a tracking club in Point Reyes National Seashore. Heavy rains and wind the night before made it so that not many animals were out and about during the night, and initially I had planned on also being one of those animals not being out and about. I figured there would be little activity, as all the animals were probably feeling the same way I was about the rain … time to hunker down and nest until it passes. But some force woke me early in the morning and pulled me out of bed to see cleared skies and I had to go. The warm bed was soon forgotten once I saw those beautiful sand dunes and the amazing dune grasses that adorn them like a soft pelt of fur, rippling gracefully in the sea breeze. An adult male Northern harrier and a California quail greeted me when I arrived at the Abbott’s Lagoon trailhead to track down the other trackers.

As suspected, there wasn’t a whole lot of action on the sand dunes from the night before. Usually there is a ridiculous amount of track and sign from coyotes, deer, bobcats, otters, birds, mice, voles, rabbits, etc that had been wandering on or through the dunes during their nightly travels. There was a little bit of river otter activity and a fair amount of coyote track and sign – including an amazing find: a kill sight of a black-tailed deer that the coyotes had taken down the night before. The remains were found up in the dunes, hidden from view on top of some grasses and ice plant. 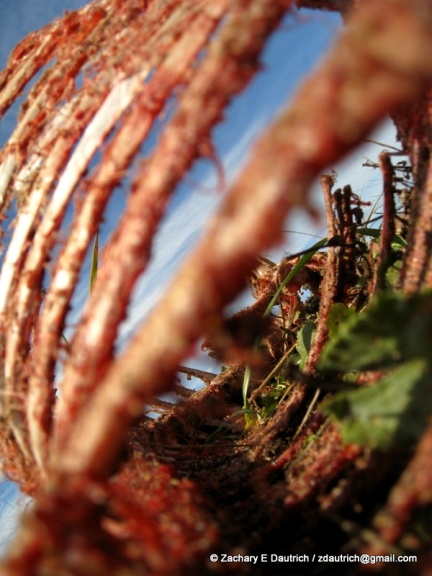 What was really amazing was that we were able to see the tracks and sign depicting the entire sequence of events of the deer’s final moments – tracks from the coyotes’ chase, to the deer’s deep desperate last steps in sand, to the place it was taken down, to a spot 10 feet away where the coyotes removed the stomach and bowel contents, to an area 15 feet from that where they began to feed and were there was a large amount of blood in in the sand, to the drag marks that stretched 75 or 100 yards to the dunes – which became the final resting spot of the deer. There wasn’t much left when we found it – it appears it was killed during the night, and vultures had already had their fill in the morning as it was picked clean and their tracks surrounded the remains when we got there. Amazing to think this animal was living, breathing, and walking just 12 or 14 hours previous (at most), and now it lay just a pile of bones, skin, and hooves. Humbling. A good reminder that life is precious, but that in death this animal gave life to so many others.

If you are interested in professional tracking services, tracking classes and more, check out the Point Reyes Tracking Services website at http://prts.me/ .

This entry was posted on March 31, 2012 by feralzach. It was filed under Uncategorized .