After a few weeks of silence regarding some mysterious happenings surrounding the family of falcons on the Fruitvale Bridge between Oakland and Alameda, some sad information has finally been released. The family of falcons that I featured in some photos in May and June has gone through some serious drama, and the perils of city life have come to play in a most unusual way. Today it was confirmed that two of the falcons have been shot (Haya, the mother, and Marina, the very large baby and first to fledge) – the remaining fledgling, Fern, is missing and presumed dead. Fortunately, both the birds that were found survived but were recovered with injured wings and multiple pellets embedded in their bodies. They have already gone through surgery and are being rehabilitated at the Alexander Lindsay Jr. Museum in Walnut Creek. Prognosis is good for survival, but it is unclear as to whether they will be able to be released back into “the wild.”
The museum/wildlife rehab hospital is accepting donations in support of all the care they are providing for these birds (check out http://www.wildlife-museum.org/cart/donate.php to make donations online).
Anyone with information is invited to share by calling the CalTIP information hotline at 1-888-334-2258. There is a reward for anyone with information on the shootings.

For more information, also check out the San Jose Mercury News article at this link.

The picture below, of Haya, was taken by me on May 31st, the evening before she was shot. She is a beautiful animal, a fierce hunter and defensive mother – I am honored to have spent time with her and I hope she can once again fly free.

This picture of Marina I took on June 2nd, the day after her mother was shot and 8 days before she was shot. It was evening and she had just done what might have been one of her first solo hunting forays on the river in front of me. She drifted over me after making two passes at an alert water bird that was floating on the surface of the water. Hopefully she has the chance to hunt free once again. 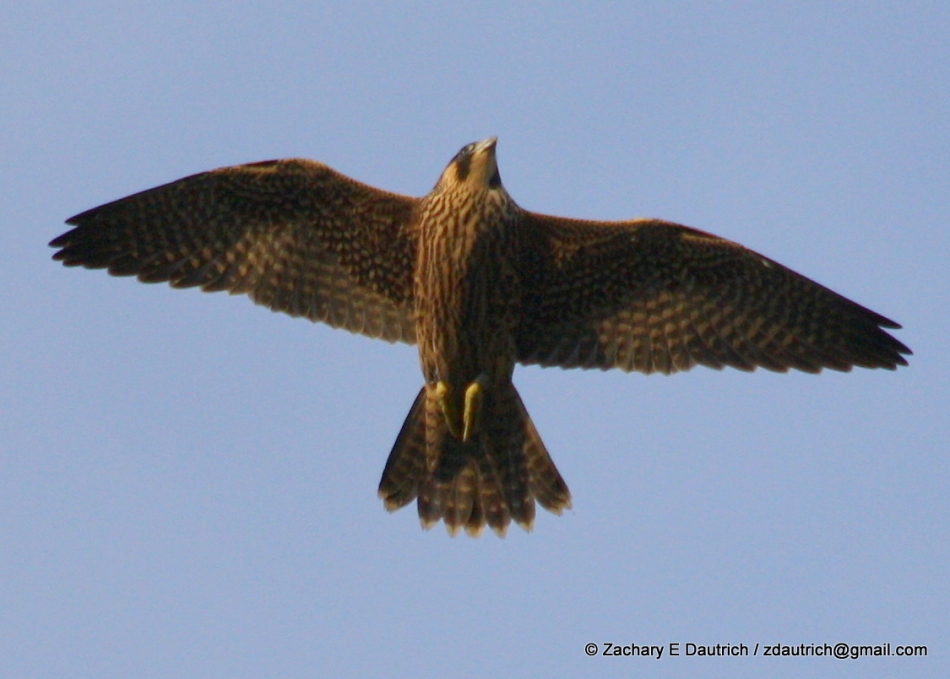 I pray that we human beings can remember who we are supposed to be, and once were – stewards of the Earth and its plants and creatures. I feel sorrow for the birds, especially the survivors who might never fly free again, and for all of us who love them. And I feel sorrow for the lost and confused person who would perpetrate such an act.

Thank you falcon family, may you have better days ahead!

This entry was posted on June 27, 2011 by feralzach. It was filed under Uncategorized .